Representation across the UK

The proportion of IT specialists with disabilities varies across the UK and, whilst during 2020 just 8% of IT specialists in London, Scotland, and the West Midlands were thought to have had some form of disability, a much higher figure of 13% was recorded for the South West of England.

The difference in the level of representation of IT specialists with disabilities compared with that of workers as a whole was relatively small and ranged from one percentage point in the South East to seven percentage points in the West Midlands. 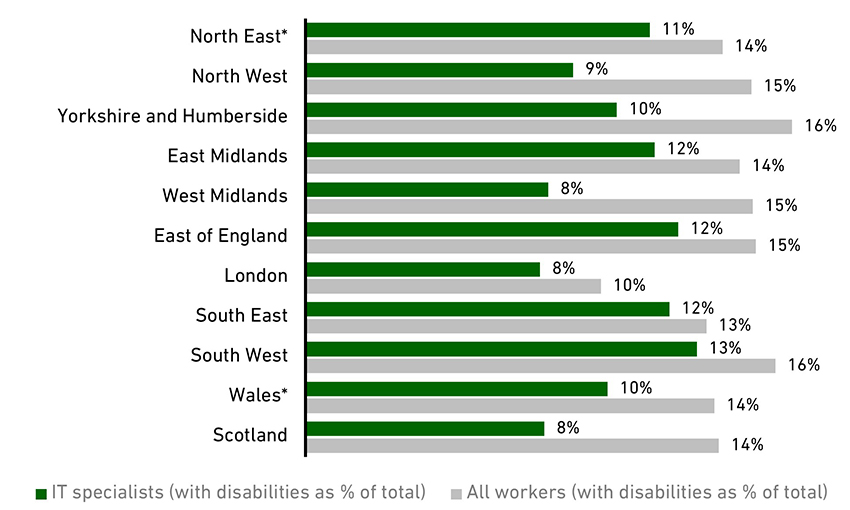