Disability and economic activity of the working aged population (2020) 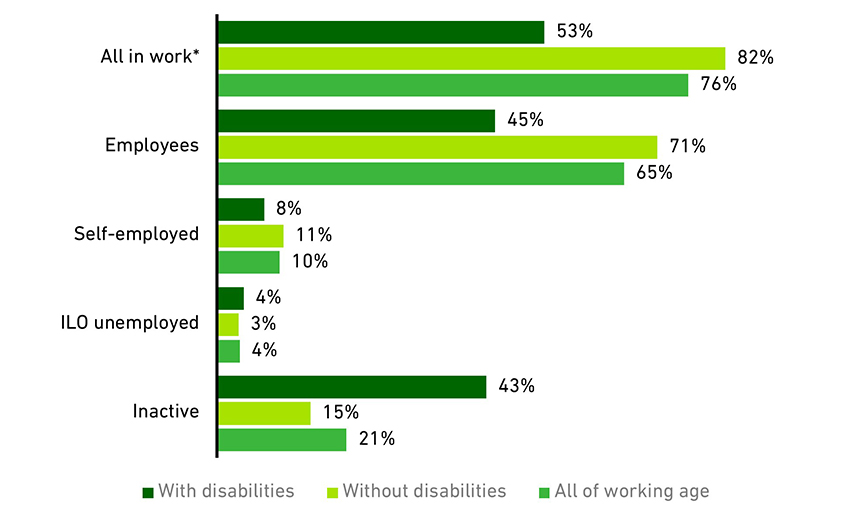 Source: Analysis of ONS Quarterly Labour Force Survey by BCS
* includes a small number of individuals in work but not as employees / self-employed (i.e., <1% of the total)

Though accounting for 20% of the population, people with disabilities constituted only 14% of the total UK workforce in 2020 (i.e. 14% of workers who were employees, 15% of those who were self-employed and 26% of those in other working arrangements) and their level of representation within the workforce has changed little over the past five years.