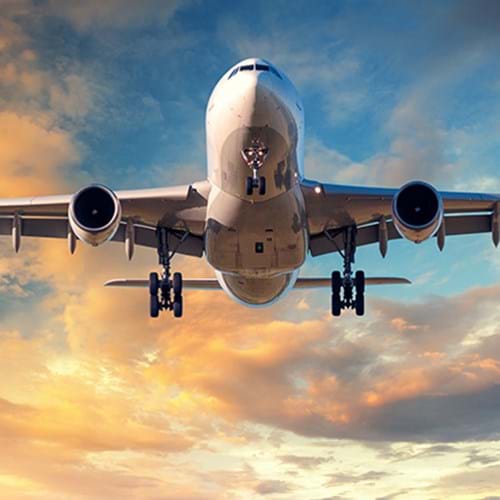 Airports are in a competitive environment, seeking to enhance their appeal, improve their customer experience and innovate with digital transformation. Safety and security remain paramount and have converged, with cyber security becoming an increasing and enduring focus, given the increasing number of high-profile incidents and new regulation.

The introduction of the European Network and Information Systems (NIS) Directive underlines the necessity for airports to actively manage cyber security risk to maintain services and ensure their rapid restoration in the event of a cyber security incident. Both airports and regulators have recognised the importance of managing critical supply chain risk, which is a collaborative responsibility, achieved with trusted partners to maintain cyber resilience.

Cyber resilience involves more than security according to the World Economic Forum aviation cyber security study. It requires focus on protecting critical functions, not only assets (WEF, 2020). Airport CEOs and Directors are accustomed to being held accountable for airport performance. However, cyber security has often been considered the domain of IT technologists. It is not merely an IT issue; Operational Technology (OT) operates critical airport functions.

Cyber security is the responsibility of the entire airport organisation and effective cyber security relies upon the leadership and support of the airport’s management team. Recent alerts, press coverage, social impact, legal cases, and regulatory intervention have demonstrated that CEOs and Directors will be held accountable for significant cyber security breaches. Organisations need to employ recognized good practices to be resilient in the event of cyber incidents, and to avoid being deemed culpable.

Threats to airports and impact on operations

Cyber-attacks or compromises can disrupt airport operations and interfere with systems (ACI-RASC, 2019). It is essential that airports have a robust cyber security programme to maintain resilience. All businesses, including airports are at risk and can become victims; airports have been specifically targeted. The commercial, operational, and reputational impacts could be highly damaging (DfT, 2018). It is estimated that one hour of disruption in a large airport could cost more than €1 million at peak operating times (ACI, 2019).

EASA estimated there are 1,000 cyber attacks each month on aviation systems worldwide (PA Consulting, 2018). In the UK, 75% of large organisations identified and reported a cybersecurity incident in the last 12 months (DCMS, 2020). The ACI 2020 COVID-19 pandemic report indicated that 61.5% of airports had experienced targeted attacks. Respondents reported phishing (77%) malware (51%), and denial of service (21%) as the most common attacks (ACI, 2020).

Most cyber incidents are malicious (52%) according to IBM, the remainder being attributed to human error or system glitches. Many cyber security incidents often go unnoticed or unreported. The IBM breach survey (IBM, 2020) indicated the average time to identify and contain a breach took over nine months (207 days to identify and 73 days to contain a breach). Costs mount significantly the longer this breach lifecycle takes to resolve. The airports trade association Airports Council International (ACI), highlighted potential impacts to airports from a cyber security incident in the Cybersecurity for Airport Executives guidance (ACI, 2019):

The ICO announced an intention to fine British Airways £183.39 million under General Data Protection Regulation (GDPR), for the breach of personal data of more than 400,000 customers and staff in 2018. The sanction was reduced to £20 million in 2020, following improvements to its security arrangements, and the regulator considering the economic impact of COVID-19 on their business and representations to the ICO. It is the largest penalty the ICO has issued to date.

The NotPetya cyberattack in June 2017, regarded at the largest reported cyberattack in history, has highlighted the threat to unconnected and non-targeted organisations. A principal concern for organisations affected by cyber security incidents is the risk of management liability lawsuits (DAC Beachcroft, 2019). Cyber security follow-on class actions are increasing being brought against companies and their directors. Recent aviation examples include British Airways and EasyJet. Easyjet is facing a staggering £18 billion claim (Covington, 2020).

The US National Security Agency (NSA) and the Cybersecurity and Infrastructure Security Agency (CISA, part of the US Department of Homeland Security) recently published an alert recommending critical infrastructure organisations take immediate actions to secure their operational technology assets (NSA and CISA, 2020). The alert describes the ‘perfect storm’ of potential access to unsecured and vulnerable assets, the use of publicly available device / systems information, and extensive list of exploits deployable via widely available tools. These approaches are not technically advanced, but are considered to pose a serious threat due to the significant potential impact to critical assets.

The potential consequences for airport operational technology are shown in the table below.

Data exfiltration - from systems connected to the equipment, even if protection measures are in place, and no other apparent routes for connectivity (eg. Ethernet, Wireless, Wifi, USB, removable media).
Network breach - network exploitation/reconnaissance, delivery of tools to facilitate exploitation, with potentially no indications that it has taken place.
Network attack - delivery of malware, exfiltration of data, compromise of systems, unauthorized operation, spoofing of data/systems, and other actions. Attacks include ransomware, that prevents access to systems or destructive malware, that deletes data and can render computers unserviceable. Potential denial of service of equipment and airport or unintended operation with potential safety consequences for staff, public and physical assets.
Connectivity to other systems such as security cameras, HVAC, building management systems, baggage handling systems, airport infrastructure and a compromise of those systems and therefore risk of compromise to other systems, and ultimately, the airport.

The NIS Directive has concentrated airport executive’s attention on cyber security and resilience, with a potential maximum €20 million penalty for operators of essential services. The directive aligns with similar and emerging international regulation for Critical Infrastructure Protection (Wilson Center, 2017). It places an onus on executive boards to manage airport cyber risk and apply judgement. Not merely, or naively demand compliance from the supply chain. Operators of essential services need to implement ‘appropriate and proportionate security measures to manage risks.’

Airports will need to demonstrate cyber security capability and practices to protect critical services to avoid potential noncompliance before, and in the event of disruption. It demands identification of critical suppliers and collaborative management of shared cyber security risk (Piggin, 2018). The Directive creates four high level objectives:

The Civil Aviation Authority (CAA) has incorporated the CAF in their approach, published in CAP 1753, The Cyber Security Oversight Process for Aviation. This includes a sector specific implementation of the CAF for Aviation. (CAA, 2020).

Airport cyber security governance must extend to the supply chain, and proactively engage and collaborate with critical suppliers. Cyber security needs to be addressed from inception, beginning at the design and conceptual phase, progressing through every stage of system design, development and operation until the system is retired. Airports should consider suppliers that have a similar commitment to cyber security.

According to ACI (ACI, 2019), supply chain risk assessment practices should include the following activities:

They will have a robust product cyber security programme that addresses the entire security lifecycle and supports the shared responsibilities for both the airport and supplier, including cyber security assurance activities. Suitable critical suppliers will have invested in cyber security expertise and utilise a recognised security approach, aligned to global cyber security frameworks.