Blockchain with DAO as the working model of the future The popularity of NFT projects is increasing day-by-day and decentralised autonomous organisations (DAOs), which we hear about frequently today, are taking us to a new interaction environment. Especially when DAOs are associated with the metaverse, new business and management methods are laying the groundwork for us to make a serious change in the way we do business. In my previous article, we summarised how Web 3.0 technology is changing the gaming industry with a win-win model; let's examine this world with decentralised autonomous organisations.

What is a DAO?

DAO is a structure that manages the assets of the organisation and communicates with employees. DAO was first discussed in the blockchain world as a decentralised autonomous organisation created on the Ethereum blockchain in 2016. One of the basic approaches of DAO is to manage assets through protocols written in code and in blockchain. These decentralised organisations aim to eliminate the extra cost and manpower associated with the operation, and allow for transaction control of these rules, under normal circumstances, by codifying the basic rules within the company. It plays an important role not only in transactions, but also at every stage of decision-making in the company.

In short, a DAO is a cryptographically guaranteed democracy where shareholders vote on many issues such as rule changes and adding or removing new rules.

The working structure of DAOs?

To elaborate a bit more, the rules and laws of decentralised autonomous organisations are written in the source code. Here we can think that we are moving to an era where rules written on paper are now written in code. These rules and laws in the source code are processed by thousands of ‘nodes’ through a consensus-based algorithm. This means that the system is self-managing. But, this system is open to change. To make a change in a DAO, it needs to be voted on by the community. Just as the preferred primitive organisation of the industrial revolution was the LLC, so it is with DAOs for today's popular Web3 projects.

Where corporations are rooted in the old financial system and organised through legal contracts, DAOs run on top of open blockchain networks like Ethereum, Polygon, etc, which are regulated by tokens, with their rules encoded in smart contracts. Under normal circumstances, it's not much different from how a company operates. But in a DAO, the rules are written directly into the code, so they cannot be easily changed by a single person. They can also be used not only for internal or external financial transactions, but at any stage of the company where decision-making is required.

Today, when we look at the statistics on deepdao.io, we see that there are more than 180 DAOs with over USD $10 billion in assets under management, and over two million members in total. Considering that Generation S will work in more transparent DAOs instead of LLC's, mentoring activities play an important role in this emerging world. Mentorship is an important way to shape the future of the blockchain world with DAO communities and as mentorship incentives are aligned within DAO organisations, it is clear that these communities seeking blockchain developers will serve as a valuable resource for interns, mentors and protocols.

The DAO, by its very nature, will define standards for educational material and training content, skills assessment, and hiring conditions – a process that will be most effective through an active mentoring programme process. Over time, we can expect the DAO to create its own curriculum for training future blockchain developers and become a well-known place for general education. In this way, junior or semi-senior developers will also be able to benefit from the DAO and have the trajectory to one day become successful senior blockchain developers, contributing to the ever-growing pool of qualified blockchain ecosystems. This is just the beginning of how the DAO will evolve to set new standards and drive growth.

Technology: The cure, but not in isolation 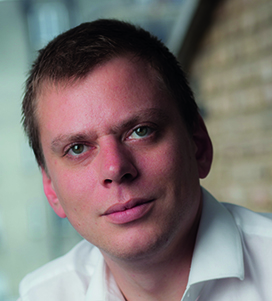