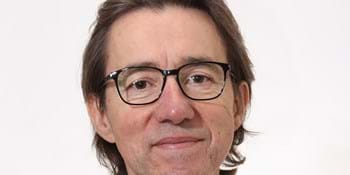 According to public data, there were 83 cyber events related to Russia between February 2022 and May 2022, accounting for almost 10% of all global cyber events in the period. However, this surge in activity was short-lived.

There were just six incidents related to Russia in June and July, accounting for 1% of all cyber events globally. This dramatic fall in activity in the region suggests that cyber threat actors’ and hackivists’ efforts around the war in Ukraine have not been sustained throughout the conflict.

Cyber warfare has in fact been in steady decline globally since the beginning of the year, with 56% of all reported cyber warfare-related incidents taking place in February and March.

The same pattern has been seen in hacktivism activities, which slowed across the board in June and July despite having actively targeted real estate and mining businesses owned by Russian oligarchs earlier in the year. However, Ukraine and its allied countries remain the constant target of cyber espionage operations carried out primarily by threat actors from Russia and Belarus.

Looking at the state of cyber events more broadly, analysis shows that financially motivated cybercrime remains the dominant form of cyber attack making up 72% of all incidents so far this year. Other findings include:

The invasion of Ukraine sparked a flurry of cyber incidents relating to Russia in the early part of this year with a clear spike in cyber espionage, hacktivism, and cyber warfare targeting Russian businesses and individuals. The data shows however that this was short-lived with activity falling off considerably in recent months, most likely because hacktivist groups were not willing or able to sustain their efforts as the conflict continued.

In contrast, cybercrime incidents have continued to grow throughout the year. Despite the media attention received by cyber warfare and hacktivism campaigns, cybercriminals remain by far the biggest threat to businesses, particularly in healthcare, public services and financial services, which are consistently the sectors most frequently targeted.

Data is collated and expanded on Passeri’s personal blog, Hackmageddon.com. The events analysed are gathered from OSINT sources, such as infosec blogs or news outlets, and are selected based on the impact (for example the profile of the target, the breadth and sophistication of the operation, and the financial loss or the number of leaked records in case of cybercrime events). Specific data is available on request from Netskope.

Other articles by Paolo Passeri

Government is calling for views to further combat hacking

An open message to the new Prime Minister Liz Truss from BCS, The Chartered Institute for IT