Removing end-to-end encryption would do more harm than good, says poll of IT professionals 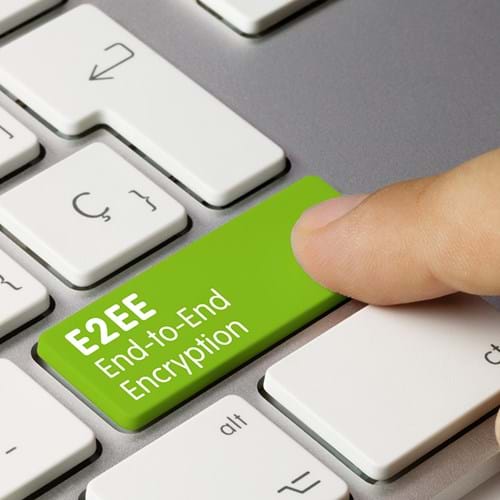 IT experts have warned against limiting end-to-end encryption, as it would not make the world safer and is currently likely to cause more harm than good.

In a survey carried out by BCS, The Chartered Institute for IT, 78% of industry professionals said they did not believe restricting the use of such encryption in messaging would protect users.

A further 66% of specialists said restricting end to end encryption would have a negative impact on protecting the society at large, the professional body for IT found.

The poll was launched following the recent UK Government backed No Place to Hide campaign, warning against further rollout of End to End Encryption. The campaign said: “We are not opposed to end-to-encryption in principle and fully support the importance of strong user privacy. Instead, our campaign is calling for social media companies to work with us to find a solution that protects privacy, without putting children at even greater risk.”

Encryption important in times of conflict

Encrypted messaging has since become increasingly important to the people of Ukraine, with a large rise in usage being reported, including by journalists.

70% of IT professionals were not confident it is possible to have both truly secure encryption and the ability to check encrypted messages for criminal material.

Many industry experts said they were worried about the possibility of increased surveillance from governments, police, and technology companies themselves who run the online platforms. Other concerns were around the protection of, for instance financial data from hackers if end-to-end encryption was undermined.

There were concerns that wider sharing of ‘secret keys’, or centralised management of encryption processes, would significantly increase the risk of compromising the confidentiality they are meant to preserve.

A balance has to be struck

Dr Bill Mitchell OBE, BCS’ Director of Policy said: “Whilst we can appreciate the Government’s aim is to make the internet a safer place, a balance has to be struck when it comes to end-to-end encryption.

“Now is not the time to weaken technology that is so fundamentally important to our security. There should be more exploration of the alternatives before we go down the road of rolling back E2EE, especially in this time of war, when secure messaging is a vital tool for truth telling across the world.

“It’s odd that so much focus has been on a magical backdoor when other investigative tools aren’t being talked about.

“Alternatives should be looked at before limiting the basic security that underpins everyone’s privacy and global free speech.”

1062 respondents completed this questionnaire which was sent out to BCS members in February 2022.