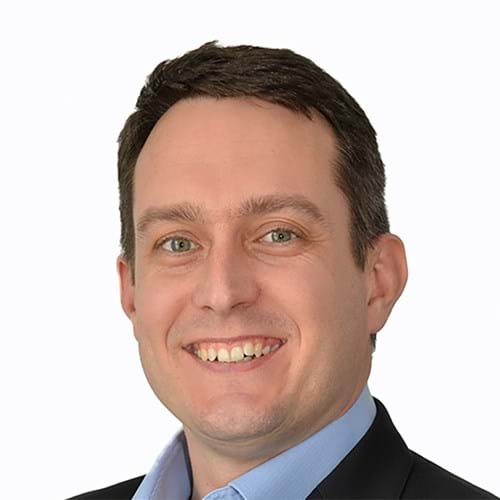 ‘It was a huge mindset shift as well as a technology one,’ begins Stephen Slough. ‘Prior to COVID, clinicians were very reticent saying they couldn’t possibly move to online consulting. Then all of a sudden, that flip happened overnight.

‘People have seen what is possible with technology. Now staff are more open to change, and demanding improvements and different ways of analysing data to help support the treatments provided and the patients. That change has come all at once at a pace that means we have to step up our efforts again, beyond the level demanded in March 2021. This new digital demand level has been unprecedented. We cannot continue to work as hard as we've been working in the past year, instead, we’ve had to work smarter, prioritise, and to say “yes… but not just now”.’

How did you cope with the new healthcare landscape?

When COVID hit, we rolled out Attend Anywhere across all the trusts, in the space of a few weeks. Some of the acutes then moved on to Teams and/or Zoom because they needed format options for group sessions. Then people started to talk about privacy and if they really wanted people to look into their home or to have their names displayed on screen.

Take an antenatal class. So, if you had everybody come in-person for that class, they'd all get name badges, they'd all talk to each other and they'd be forming a group, a little community for their experience ahead. Virtual sessions are really nothing more than that. The technology is there to blur the background or put a pretty picture up instead. And the names are already there for people to see. Often people use privacy as an excuse to resist change. So, we put education in place to allay the emerging fears.

How do you implement change to the resisters?

When we’ve tried to push solutions and technology onto clinicians previously, it doesn't work well. They don't respect it enough. We aim to get a few clinicians on board, to then become the advocates through peer-to-peer conversations. Be they CCIO’s, CNIO’s, Digital Midwives or other digital champions in our organisations they are hugely influential and are a crucial partner in our work.

There is a degree of peer respect between clinicians. They are highly educated and highly respected for that knowledge and commitment. I have found that because I and colleagues don’t have that background we don’t carry that same level of recognition, in their eyes. We need to grow the understanding that, whilst we haven't been to medical school, we have spent our careers in the technology space - so we have as much experience as they have, in a subject which is actually horrendously complicated and almost as multifaceted as medicine. This is beginning to be acknowledged.

We're starting to see CIOs appearing on boards and to recognise that the CFO isn’t necessarily the right person to drive digital change. Digital is now so embedded in the delivery of the care process that if delivered poorly it has the potential to harm people. If the right information isn't in the right place, at the right time, for the clinician or the medic to use, they may make the wrong decision and that may lead to a ‘never event’.

Professionalising the industry is essential. Is BCS helping with that?

Absolutely. I’ve been working with the SFIAplus framework. It’s enabled us to look at our skills and take people forward on a career journey with RITTech, or when going for chartered status. I’ve encouraged people to add their postnominals to their email signature to reflect their BCS membership and qualifications. It’s all beginning to have an impact with the recognition of the team’s achievements in digital.

Salaries in the NHS can’t compete with the private sector. Instead, we have to show employees that whilst they won’t be paid the top rate in the industry, they will be trained and invested in. If you look at the breadth of subjects that we have to cater for in the NHS, it’s staggering. People can gain a huge amount of experience in all kinds of projects from infrastructure and cyber right the way through to application development, AI, machine learning.

When I first came to the NHS, I didn’t have a training budget and I’d have to carve it out of a savings made in another part of my budget. Since COVID, it’s recognised that ongoing training for IT staff is as important as the training of clinical staff. Before, I was having arguments about investing in the team, now, I can just do it.

One of my direct reports has achieved chartered status and is going through the CHCIO route as well. When he passes, he’ll be as qualified as me, which is brilliant. I've had two one-to-ones this morning with members of the team to coach and mentor them through challenges. Every couple of years I also do a 360-feedback session which is really valuable because you get a lot of insight into how people see you and how they experience you in what you're doing. That's really valuable to help you improve.

What has been the most positive part of this change for you?

That IT is being accepted and included earlier into projects. We had one of our programmes locally where they had a considerable sum of money to spend on the creation of an upgraded service. The consultants guiding the project said “we'd rather you spent the money on the technology than a shiny new building where we have to use paper - because there's no point”. That was a real turning point. Having that professionalism means we can have those kind of conversations and people are listening now.

Too much to do with too little resource. The biggest challenge is championing increased spend in digital to enable the technology to bring improvements and benefits to the organisations and our patients.

How do you tackle budget and implementation?

Working in closer partnership with big tech companies means they sponsor some of the ground breaking work that we're trying to do in the NHS. It’s not always necessarily about money, it's also about the people. They might lend us four architects or a few coders to come and make projects happen.

In return, we’re happy to be their showcase, to answer questions from others they might sell the solution to. So, we're having the conversation that says, right we'll do that but we want to see a return on it as well, so we'll start to generate a bit of revenue from them selling it to other organisations, which will help us shore up some of our budget gaps.

How do you sell that to your Dorset Trusts?

The majority of our primary care staff are on laptops, with Windows 10 and Office 365 so when the virus hit, they were ready to go mobile and work from anywhere. I've spent four of the last five years impressing upon people the key role data has in unlocking insights that can change how we structure and deliver our services.

As part of that, we created a data warehouse. It was going well, but I was having to apply for every source of national and regional funding I could find to keep it going. When COVID hit we were recognised as developing a national first in the quality of the data we had been able to share. We've showcased it to other trusts and many organisations want it - even to the point where the team are talking to the national health service of Chile! It's taken COVID for the rest of our system to pull together and give us some of the funding that we need.

Digital is now starting to sell itself.

How is digital transformation changing things?

Previously there was lots of filling in of Word and Excel documents and templates. We’d have data coming through in different formats, different orders and then someone had to piece all the information together. Now we have a single dashboard, with the same information that is usable straight away. That’s been especially valuable with COVID - we’ve been able to show the history, the trends, the patterns etc right from the outset.

The team made it way better than I imagined at the start. The solution is created by us, but designed by clinicians and operational staff and continues to evolve as needs change. We ask: “what do you want from it? What are you looking for? What will help you?” Pulling together that data to make it usable has changed people’s treatment and is having a positive effect on patient care and patient outcomes.

We are developing AI now on historical data to predict volumes of when people might need certain types of care, how to schedule staff right through to purchasing and predicting stock needs.

How important is networking with like-minded professionals in the NHS and beyond?

Apart from keeping in touch with each other and sharing best practice between ourselves, we find out what each other is up to and we share how we've approached it, even sharing documents and plans. But, it's also useful to network beyond healthcare because if you network just in healthcare, you're only getting what healthcare thinks. We don't know everything. So, I try to go to non-healthcare and non-NHS related seminars, webinars once, maybe twice a year just to see what everybody else is doing.

How do you plan when all is in flux?

Some of the stuff you need to spend on is just a sticking plaster, that’s dead money because it’s not strategic. COVID has made some of those decisions for us, but we try and take a longer term view and use common sense. Does it make sense to have multiple systems, all doing the same thing, one per organisation? No. If your money's tight you want one - and you pay one team to look after it rather than multiples. Building trust in the idea and your leadership is critical to success.

Historically, the NHS got some technologies wrong, but in the last 18 months it's got a whole bunch of stuff so right. It's moving very much in the right direction thanks to a team of people who are working incredibly hard. They've been underfunded and undervalued for years and that's beginning to change.

I think previously everybody in the technology service were keen to do their part and have often just said “yes” because that's what’s expected. We're changing that. Now, we're still rarely saying “no” but we are saying “not yet” - because it's just not possible to take on everything that people want us to do and deliver it all at the same time. It’s a balance, and we have to get that balance right - especially when it could impact patient care.

Other CIO interviews in this series:

Business Analysis in the metaverse