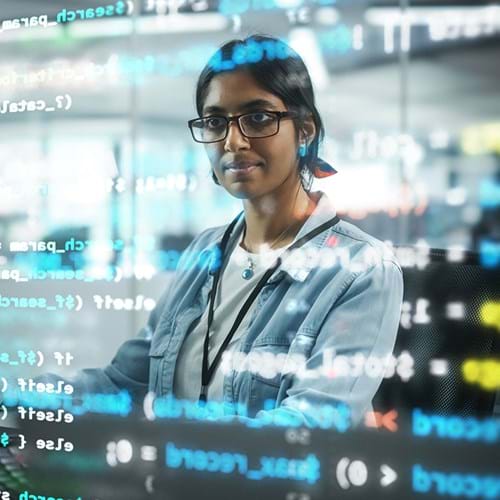 BCS, The Chartered Institute for IT, was pleased to be involved and support the development of the UK government’s Standard for Algorithmic Transparency. Having been involved in shaping the National Data Strategy and the National AI Strategy, BCS is pleased to see some of its recommendations come to fruition with this announcement.

The UK government has launched one of the world’s first national standards for algorithmic transparency. Having championed this since the conception of both the National Data Strategy and National AI strategy, this is something BCS welcomes. Below is an overview of the Central Digital and Data Office’s (CDDO) latest initiative, hereafter called ‘the standard’.

In developing an algorithmic transparency standard that must be abided by, the CDDO delivers on the commitments made in the National Data Strategy and National AI Strategy, further consolidating the UK’s position as a world leader in AI governance.

This new initiative is, in part, a response to the findings of the Centre for Data Ethics and Innovations (CDEI)’s review into bias in algorithmic decision making, which recommended that the government enforce mandatory transparency obligations on public sector organisations using algorithms to support significant decisions affecting individuals.

This received widespread support from key actors in the field, who view it as a positive step toward building public trust in the capacity of algorithms to make key decisions.

The Standard was developed by the CDDO in collaboration with the CDEI. It is organised into two tiers.

The first includes a short description of the algorithmic tool, including how and why it is being used, while the second includes more detailed information about how the tool works, the dataset/s that have been used to train the model and the level of human oversight.

The standard will help teams be meaningfully transparent about the way in which algorithmic tools are being used to support decisions, especially in cases where they might have a legal or economic impact on individuals.

The standard will be piloted by several government departments and public sector bodies in the coming months. Following that, the CDDO will review the standard based on user experience and seek formal endorsement from the Data Standards Authority in 2022.

Read the full overview of the government’s plans on this

Earlier this year BCS’ Law Specialist Group warned that the right to human review of decisions made by AI should not be removed at this stage.

Our response, which was covered in The Times newspaper, formed part of our submission to 'Data: A New Direction', a consultation launched by the Department for Digital, Culture, Media and Sport (DCMS). The review looks to update the UK’s version of the GDPR. It suggested that human appeal against some decisions by AI (which might include recruitment or loan eligibility) could be unnecessary.