Skip to content
When it comes to ethics and providing an essential service to do good for society, the Royal College of Nursing and BCS has much in common. Johanna Hamilton AMBCS investigates the benefits of corporate membership and how this symbiotic relationship is paying dividends.

When Paul Newman, head of IT for the RCN, inherited his 40-strong IT team across sites in London and Cardiff, he wanted to do more than manage – he wanted to challenge, inspire and educate each and every person, regardless of their role or level. Motivating a 100 year old organisation with over 432,000 members to come on a journey of transformation with him was a tough ask, but by instigating corporate membership with BCS, he had all the tools and support he needed to make it a success. 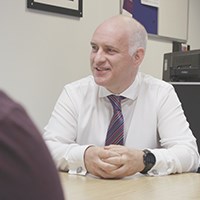 Paul’s first task in his role was to assess the skills his team already had; to standardise what was needed and plug any skills gaps his team might have with continued professional development through BCS. He explained: ‘The value that BCS brings to our organisation is around staff development. Making sure we have that professional recognition so that staff are recognised for their skills within our profession. BCS provides the tools, techniques and technologies, including things like SFIAplus, which we use as a training and skills matrix that allows us to measure staff, based around a set criteria. It’s meant we can then develop staff in relation to the specific skills gaps they have.

‘The opportunity to network with… likeminded people has also been really important for us: sharing skills, sharing knowledge and sharing experience. Being part of that community is a big benefit for us.’ Corporate membership has allowed Paul’s team to tap into the many streams of expert knowledge available at BCS, fostering links not only with the organisation, but with members in related organisations that have boosted aspirations. The RCN’s relationship with BCS has seen the team grow from being spectators at the UK IT Industry Awards, to being finalists for the Best Place to Work in IT 2018. Paul even joined the judging panel for the awards in 2019.

The BCS journey has not only been good for the organisation, with membership tools and staff investment, but the RITTech register that proves candidates are of a specified standard and helps to evidence it, has also increased confidence within the team, vastly improving staff retention. ‘RITtech,’ Paul says, ‘is a measure of people in relation to attaining a particular standard, which is really very important. It’s why every single member of my team has gone through that, even non-IT staff who work perhaps in an administrative function; it’s really important that they get that formal recognition. It’s a baseline measure that everyone is working towards a standard – and a professional standard at that.’ 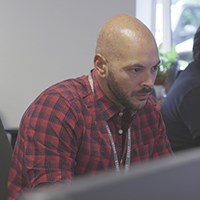 A member of the team, IT Operator Matthew Faucher added: ‘I don’t have any formal certifications, like some of the other guys have Microsoft certifications. I’m not a big fan of exams and stuff like that, but being RITTech registered shows I’m competent and gives me a little something to show that I can do my job.’

As BCS is the only institute with a Royal Charter, inclusion for IT professionals on the RITTech register not only offers candidates a feelgood factor, it is proof that an individual is of a required level of competency; something that’s not only gratifying for them, but attractive to other employers. 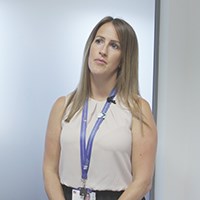 Kristel Lanyon, business development manager at the RCN says: ‘I became RITTech registered in October 2017. The online process was really straightforward... It was a really good time to reflect on what you’ve done in your IT career, which helps with the application. There was a lot of support from BCS to complete the application online.’ She continues: ‘What have you got to lose by putting yourself through RITTech? I think it’s a great to have those letters after your name to show you’ve got that passion for what you do and that you’re a good catch for other employers.’

Matthew continues: ‘I certainly believe it’s worth doing. I’ve added it on my LinkedIn and it’s made a difference. My profile is being viewed on a regular basis and it’s another way to show that you can do your job competently.’

Making IT good for society and becoming chartered

Organisational membership is about more than just personal recognition and career development; it’s about sharing ideas with likeminded professionals and sharing that knowledge through support and learning throughout the wider community. In recognition of “making IT good for society”, the RCN has also participated in initiatives such as the Barefoot Programme, a £1m project sponsored by BT to offer support and resources for better IT teaching within primary schools: not necessarily about coding, but about computational thought in general.

BCS membership has also helped Paul Newman prepare for the unexpected with the tools he needs to protect the RCN in times of crisis: malware, ransomware, viruses, worms… they could all strike systems at any time and be devastating for organisations.

To prepare for every eventuality, Paul has initiated regular drills throughout the year to ensure that everyone, from board member to IT operative, is prepared. This might take the form of a hackathon to find a solution to a technical problem, or a way to negate a nefarious demand. This has not only strengthened the organisation and promoted an awareness of what the IT department do, but has also enhanced Paul’s own personal development by becoming a Chartered IT Professional. ‘What motivated me to apply for CITP,’ he says, ‘was that professional recognition again. It was about my own personal development and being part of that professional network… and CITP underpins that.’

As a Chartered IT Professional, adding CITP to his credentials shows that Paul has met an international standard of excellence, endorsed not only by BCS, but by a government backed competency framework approved at the highest level by the Royal Privy Council. As the benchmark for excellence within the IT profession, it is evidence that Paul has the experience and knowledge to make a difference at the RCN and is also committed to the future of IT.

Find out more about developing your team or organisation through BCS, or fill in this online form and a member of the team will be in touch.

Is technology letting us down? Asks Dr Stephen J Pratt, Director of Learning and Teaching at Swansea University, or are we blaming it for our corporate and individual inefficiencies in maintaining what we thought were ‘normal’ working conditions?

Budget 2021 - Headlines for skills and the tech sector

In Wednesday’s budget, Chancellor Rishi Sunak extended the furlough scheme and Universal Credit as part of a £65 billion investment in economy.

Coding Black Females join the professional body for IT

The UK’s largest group of black women in tech are now part of BCS, The Chartered Institute for IT, joining through a new bursary, launched to improve diversity across the sector. Amanda Matheson reports.

User experience (UX) is a rapidly growing specialism, essential to the design of modern technology. Vanessa Burgar DipHE MSc QTS CITP discusses what knowledge is needed for successful practice and considers how can we provide education for aspiring UX professionals that is fit-for-purpose and strengthens professional identity.

Budget 2021 - Headlines for skills and the tech sector

Coding Black Females join the professional body for IT

Reimagining the internet with edge computing