Consequently, programmers today use the same cumbersome, error-prone concurrency constructs of traditional action-centric models of concurrency to express protocols in modern software as they did 50 years ago: processes, threads, locks, semaphores, monitors, rendezvous, etc. Among other disadvantages, the unavailability of high-level protocol constructs in contemporary programming languages hampers full utilization of the enormous potential offered by massively parallel hardware platforms in real-life applications.

In this talk, we motivate the need for interaction-centric models of concurrency, and present Reo as a premier concrete example of such alternatives. Reo offers a language that treats concurrency protocols as explicit first-class constructs, called connector circuits. More complex protocols in Reo result from composition of simpler, and eventually primitive, protocols. Treating protocols as concrete constructs yields a very expressive formal model of concurrency with highly useful software engineering properties, such as fully-compositional construction and verification, scalability, and verbatim reuse. Specifying the protocol of a concurrent system in Reo produces a connector circuit that mirrors the architecture of that system with high fidelity. Moreover, treating such specifications directly as high-level programs opens up new possibilities for compilation and optimization techniques to generate efficient executable code whose performance can meet or beat that of hand-crafted versions of those same protocols programmed in traditional models of concurrency. 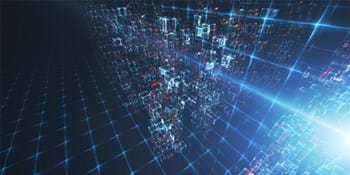