We are seeking new committee members that can assist in revitalising our SG events.

We hope you can join us!

SYNOPSIS
The internet has spawned many spin-offs: after avatars and virtual worlds, it was only a matter of time before virtual currencies were born. While some of those currencies, such as Linden Dollars are tied to proprietary systems such as Linden Labs’ “Second Life”, others are free-standing and self- sustaining such as Litecoin, Peercoin and Namecoin not to mention the more well-known Bitcoin. Another type of currency that fits into the “non-tangible” category is the more widely adopted “PayPal” system. More recently Facebook is looking to establish its own “Libra” currency.

Dai will use his legal expertise and IT security skills to delve into the increasingly opaque waters of virtual currency.

SPEAKER BIOGRAPHIES
Dai Davis
Dai is a Technology Lawyer. He read Physics at Keble College, Oxford and took a Masters Degree in Computing Science at the University of Newcastle-upon-Tyne before qualifying as a Solicitor. He is a qualified Chartered Engineer and Member of the Institution of Engineering and Technology.

Dai is an active member of the Society for Computers and Law in the United Kingdom and has been Chairman of its Northern Branch and a member of the Council of that Society. Dai has consistently been recommended in the Legal 500 and in Chambers Guides to the Legal Profession

THIS EVENT IS BROUGHT TO YOU BY:
BCS Financial Services SG
Visit www.bcs.org/membership/member-communities/financial-services-specialist-group/ 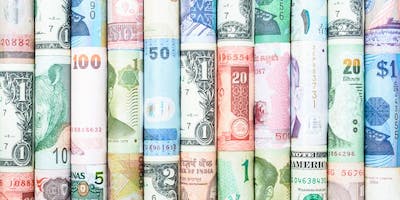