Little was known about radio propagation until an experiment 100 years ago accelerated our quest to gather more data about the subject.

100 years ago this month an experiment took place in Scotland that proved that long distance radio communication was possible using high frequencies and low power. This revolutionary finding led to further progress in our understanding of the processes involved in radio propagation. Up to that point our limited understanding of propagation meant that inter-continental communication was achieved only with powerful transmitters operating on very low frequencies utilising massive antennas. These were now replaced with lower power high frequency installations with smaller high gain antennas. This talk will explore how the science of radio propagation progressed from no knowledge to a more predictable model, aided by mass data gathering.

Neville will be explaining how the science of radio propagation progressed from its early days when in a matter of a few years radio transmissions progressed from a range of just a few miles to spanning the Atlantic, in much part due to the work of Marconi. At the time propagation was not understood and it was believed that long ranges were only possible utilising high power and very low frequencies, which necessitated large inefficient antenna systems, though Heaviside and Kennelly predicted that there must be an unseen layer reflecting signals in the upper atmosphere.

Following the First World War Britain, among several nations, were in the process of expanding this expensive system. Radio amateurs were permitted to operate on the “commercially useless” higher frequencies. However they noticed that at certain times expected ranges were greatly exceeded. On both sides of the Atlantic they grouped together to conduct experiments to see whether they could span the Atlantic. After initial failure the Americans sent an expert with a new type of receiver to a quiet area of Scotland, helped by the Marconi company. Housed only in a tent on a cold dark night in the middle of December in Ardrossan, 100 years ago this month, Paul Godley received the first weak signals from the participating US stations. In France two years later Leon Deloy achieved good two way communication at a much higher frequency. This breakthrough led Marconi to conduct further tests. Plans for further VLF stations were scrapped and new long range HF stations established instead. At the Rutherford laboratory Edward Appleton conducted tests to detect the layers predicted by Kennelly and Heaviside and was able to establish that ionisation of the upper atmosphere by the sun was responsible for the phenomena.

Over time further observations improved knowledge of radio propagation. The Voice of America, among others, developed a propagation predication programme, now available on the Internet. Computers have allowed digital communication techniques to be used successfully using much lower powers than with older analogue methods. The Internet has given rise to a medium in which thousands of daily signal reports on many frequencies can be uploaded to a central repository to feed further research in the field of propagation studies and of solar activity.

This session will look at the initial history in which no knowledge slowly developed through experiment and observation, and which today is led by automation of the experimental processes in gathering data, improving predication accuracy and assists us in gaining further knowledge of solar activity.

In his younger days Neville established an interest in radiocommunication. Through this interest he became a Radio Officer in the Merchant Navy. During training and education he obtained the amateur radio callsign G4GCI. Later he became interested in computing and computer networks.

However he combines his interest in radio and computing by running a digital beacon station using the Weak Signal Propagation Reporter system (WSPR). Using a low powered transmitter his computer operates the beacon by transmitting a signal on a range of frequencies throughout the day and it also listens for other WSPR signals. Stations in the network upload their received signal reports to a web server where it can be used by researchers. 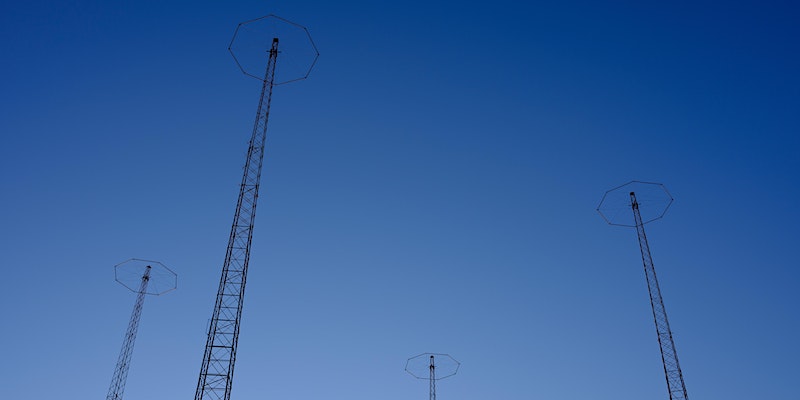