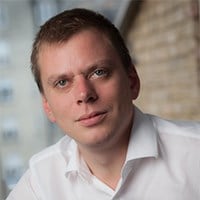 CTO of Dragonfly and standards-maker focused on testing and AI. With two decades in environments, development, testing, quality and project delivery.

Most of Adam’s experience is in the financial services sector, including senior roles at Barclays and Deutsche Bank.

In addition to commercial experience he holds officer roles with ISO and IEEE in AI and quality related sub-committees.

Geoff first spoke at the SIGiST way back in 1997, and since then has been a regular attender and contributor. I have been the Vice Chairman and Treasurer for the last 12 years.

Presently, AVP of Delivery for Qualitest. Over the last 30 years he has a good track record in Test Management and Process Improvement. He is particularly passionate about Test Process Improvement. In 1997 he started working with ISEB developing the original Software Testing Foundation syllabus and exams, He then managed the development of the original Software Testing Practitioner syllabus and exam in 2002. He initiated the ISTQB (International Software Testing Qualification Board) and am currently the ISTQB Vice President. He is also the Chairman of the UK and Irelend Testing Board, and a founder member of the TMMi Foundation Executive Board, and currently its Chairman.

He is also co-author of the biggest selling testing book on www.amazon.co.uk – ISEB – A Software Testing Foundation, and was awarded the 2008 European Testing Excellence award for my work in the field of testing. 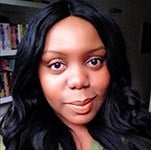 Nicola has almost 20 years of experience in Software Testing working on high profile projects across different industries. She specialises in working with onshore/offshore teams to create and set up test strategies and to continually improve processes and ways of working to deliver results.

Nicola has mentored professionals wishing to develop a career in testing, and is passionate about increasing diversity and inclusion in the Testing Industry.

Nicola is currently working in the AI and Data Science field as Head of Quality at Adarga.

Paul is a Director within Deloitte Consulting, specialising in Quality and Test advisory, and a TMMi Lead Assessor who has assessed organisations at formal and informal assessments. Mobilising onshore/offshore test teams to deliver outcomes. Leading improvement and innovation programmes. Paul Heads up Marketing and Eminence, part of the TMMi executive board responsible for TMMi Professional.

Mike has been a tester for 20 years and is currently the lone tester for Geckoboard in Shoreditch. He has been a member of a test team, a lone Tester and a Test Lead. He has also worked as a part of waterfall, lean and agile teams. Mike has a testing and quality blog.

Mike has a BSc. (Hons) from Middlesex University and is an Associate of the University of Hertfordshire. He has set up and led a Testing Community of Practice and been part of a successful agile transition. He also is a conference speaker.

Andrew is a software tester who has experience in testing web based and desktop software in the geographical, cargo and shipping, and lone worker industries.

He focused on the software testing area following a redundancy at the end of 2013 and has not looked back since. He is an advocate of exploratory testing, and has gained experience of manual and automated testing, and continually developing his career as a professional software tester.

He enjoys public speaking about software testing, at networking events and universities, as well as organising events for BCS. He also supports the different BCS Student Chapters and mentors people considering software testing as a career. 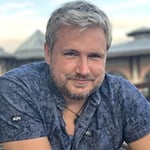 Jonathon Wright is a digital therapist, strategic thought leader and distinguished technology evangelist. He specialises in emerging technologies, innovation and automation, and has more than 20 years of international commercial experience within global organisations.

He is currently the CTO of Digital-Assured based in Oxford in the UK.

Jonathon combines his extensive practical experience and leadership with insights into real-world adoption of automation, performance and security testing. Thus, he is frequently in demand as a speaker at international conferences such as TEDx, Gartner, EuroSTAR, STAREast, STARWest, UKSTAR, Guild Conferences, Swiss Testing Days, Unicom, AI Summit, DevOps Summit, TestExpo and Vivit Community (of which he is currently the president of a not for profit, independent software community with over 70,000 members across 125 countries). Jonathon is also the podcast host of the QA lead (based in Canada) and the author of several award winning books.

Cllr Paul M Smith is an experienced financial and capital markets professional, as well as being the former Sales Lead on many Commonwealth projects, (including the Commonwealth Yearbook). More recently, Paul has worked as an award-winning ICT Sales Director at Hewlett Packard, specialising once again in Africa/EMEA. He holds many senior non exec roles, including as a Committee Chair within BCS and member of many other BCS Committees. Paul also proudly serves as Vice-President, isc2 (East of England Region as well as on Chartered Insurance Institute Cambridge Committee.

He also serves as a Councillor in his home village of Sawston, Cambridgeshire. Paul is also a Certified NLP master Practitioner and hold many qualifications across NLP, financial services, ICT, project management and cyber security. Paul is passionate about Africa, American Football, ESG, CSR, Financial Services regulatory reform & GRC issues. He is devoted to his beloved wife Yari and hopes that her home country of Venezuela will soon be free one day.