During 2020, it is estimated that 13% of all UK workers and 10% of IT specialists were working on a self-employed basis, and for both groups of workers, the incidence of self-employment was found to be higher amongst individuals that were from ethnic minority groups - 13% in the case of IT specialists and 18% amongst the wider workforce.

Ethnicity and the incidence of self-employment (2020)

Employees and size of workplace

IT specialists working as employees are, perhaps understandably, more likely than others to be employed within larger workplaces[2] (i.e., as micro / small sites are less likely to have an in-house function) and whilst just 29% of UK employees as a whole were working in larger sites during 2020 (those with 250 or more staff), a figure of 43% was recorded for IT specialist employees.

However, the figure was still higher amongst ethnic minority IT specialists, of which 55% were employed in workplaces with 250 or more staff.

Ethnicity and size of workplace (2020)

After IT, the next largest employer of IT specialists (ethnic minority / white) were banking/finance firms (22% and 20% respectively) and the public sector (10% and 13%).

When considering levels of representation, however, distribution/hotel/restaurant employers exhibited the highest levels for ethnic minority IT specialists (23%) followed by the IT sector (21%) and banking/finance employers (20%).

Conversely, the level of ethnic minority representation amongst IT staff was lowest within the manufacturing sector, where just 8% of IT specialists were from ethnic minority groups. 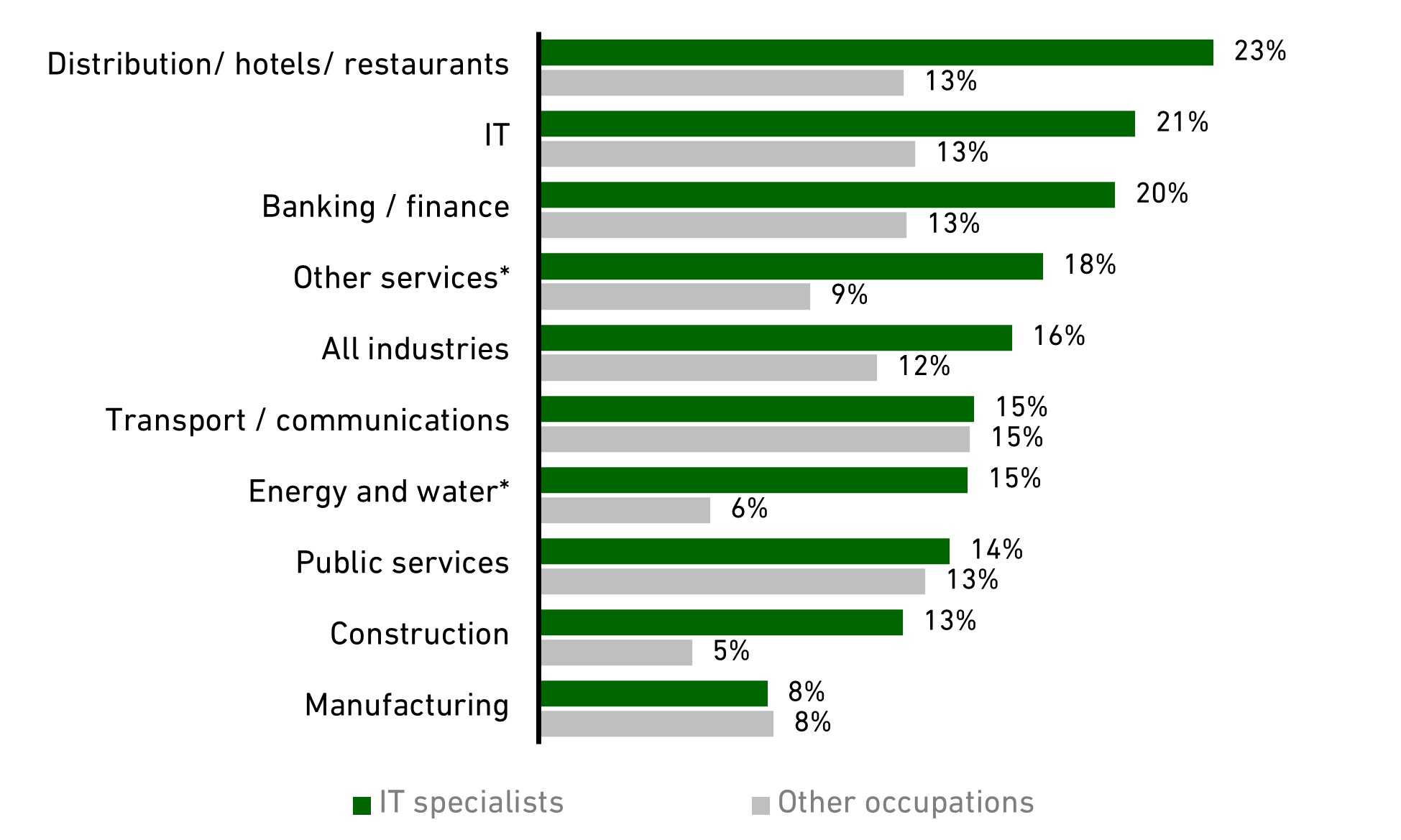 [2]The LFS asks individuals about the number of employees at their workplace as opposed to enterprise / organisation as a whole.