IT specialists are more highly qualified than other UK workers and in 2020, more than two thirds (70%) were thought to hold some form of higher-level qualification, compared with just under five in ten workers as a whole (49%).

That said, ethnic minority IT specialists were found to be even more highly qualified than others in IT positions, with almost nine in ten (87%) holding some form of HE level qualification.

Ethnic minority IT specialists are also marginally more likely to hold a degree in an IT related discipline than others working in such occupations, and in 2020, approximately 19% were thought to have either a higher or undergraduate computing degree compared with 16% of IT specialists from white ethnic groups, as shown in the chart below.

Despite the arguably high skill / knowledge requirements associated with their work, IT specialists as a whole in the UK do not appear any more likely than other workers to receive job-related education / training and, on average throughout 2020, 24% of IT specialists stated that they had received some form of job-related education/training in the previous 13 weeks, as was the case for workers as a whole.

As with other UK employees, the most common identifiable means of IT specialists[4] securing a job (where stated) during the 2016-20 period was by ‘replying to an advertisement’ (33% of those who had been with their employer for less than one year stated that they had secured work in this manner) and this was true for both ethnic minority / white ethnic groups (30% and 33% respectively).

The next most common means of IT specialists securing a job was via contacts already working with the employer and then direct applications. 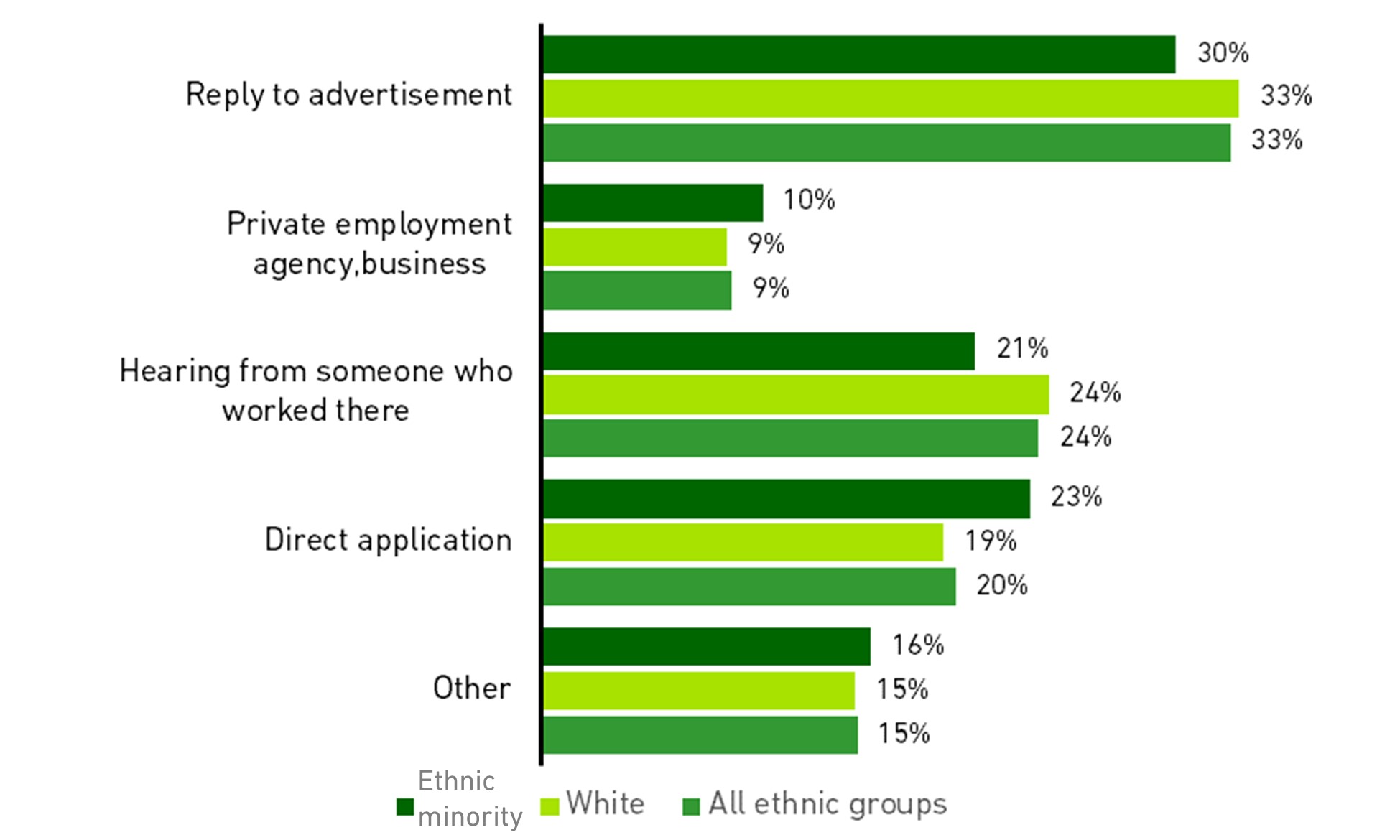