Hydrogen: The next big thing in energy 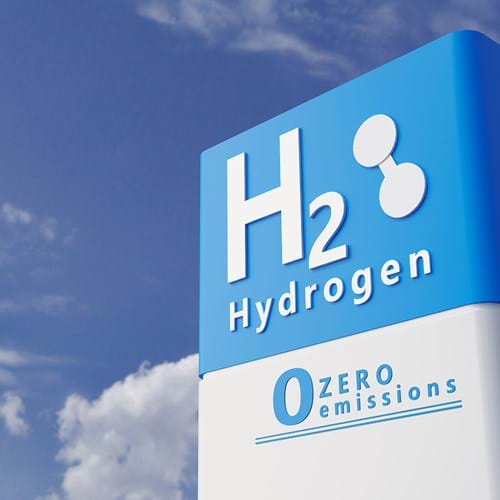 Not only are customers demanding sustainable business practices from their data centre partners, but many providers are also publicly committing to ambitious sustainability goals. What’s more, the data centre industry’s environmental impact is under growing scrutiny as governments around the world try to meet targets for becoming carbon neutral by 2050 or earlier.

When it comes to sustainability developments, one of the most anticipated innovations and hottest topics today is whether it’s possible to harness fuel cell technology to power data centres.

Fuel cells – which have been around since the 1960s and were used in the first NASA space missions − have long been tipped as a clean and efficient source of power. They can be deployed on-site at a data centre campus and operate using natural gas, biogas, liquified petroleum gas (LPG) or green hydrogen, which can be transported and distributed over existing gas networks.

What is green hydrogen?

Out of these options, hydrogen powered fuel cells are a particularly attractive proposition – hydrogen is the most abundant element in the universe and can provide the reliability of a steady, constant and efficient energy source. Indeed, the UK government agrees hydrogen is key to future energy supplies, planning national subsidies to beef up production by the end of 2022.

So, the future looks bright for hydrogen fuel cells. But how do data centre providers, and the wider industry, take advantage of this emerging technology to reap long-term benefits?

A focus on research and investment

We know that hydrogen fuel cell technology offers potential for back up loads as well as off-grid or primary power that is reliable and sustainable, for combined heat and power applications, grid and micro-grid support.

And promisingly, there’s plenty of research being undertaken in order to make these ambitions a reality. For example, Vertiv is one of seven organisations (the others being Equinix, InfraPrime, RISE, Snam, SOLIDpower and TEC4FUELS) that have come together to form a consortium, called EcoEdge PrimePower or E2P2, to explore an innovative integration of solid-oxide fuel cells with uninterruptible power supply (UPS) technology and lithium-ion batteries. The goal of the E2P2 project is to provide resilient and clean primary power to data centre deployments and other critical infrastructure.

Implementing natural gas solid oxide fuel cells (SOFC) as a prime power application will be instrumental in paving the way for the use of green hydrogen for fuel cells application, for both backup and prime power systems.

The good news is that these initiatives are receiving investment. Indeed, the Hydrogen Partnership has provided EUR 2.5 million to help fund this particular project, which is vital to propel the industry forward and to fuel innovation.

There is proof of fuel cells working outside of these sorts of trials too. As early as 2020, Microsoft announced it had successfully used hydrogen fuel cells to power a row of data centre servers for 48 consecutive hours. And Vertiv has undertaken research and engineering efforts to develop UPS systems that can utilise fuel cell technologies as a power source.

It must be acknowledged that there is some way to go before hydrogen-powered fuel cell technology hits the mainstream. When it comes to lower-emissions, compact footprint systems for backup or primary power, this technology has few rivals. And hydrogen is currently relatively expensive compared with the current power grid; hydrogen itself also must be stored, expensively, under pressure or at very low temperatures - although costs are slowly coming down.

There are also some safety concerns to traverse, such as the potential of burns and the near invisibility of hydrogen flames. However, the simple truth is that whilst hydrogen has known safety hazards and hydrogen safety measures need to be prioritised, it also has properties that make it safer than conventional fuels like gasoline and diesel when handled responsibly. It’s non-toxic (unlike many other fuels) and incredibly light, meaning that when its released, hydrogen will typically rise and disperse rapidly, greatly reducing the risk of ignition at ground level.

Even more investment is needed for fuel cells to reach the point where they become a genuinely viable energy source for the data centre industry. And a pressing global challenge for the development of widespread and sustainable hydrogen energy is how best to incrementally build the ‘supply and demand’ chain in the most cost-effective manner.

In light of these challenges, we believe that we’ll see an evolving approach before the technology gets used more widely. Firstly, fuel cells may gradually replace diesel generators for back-up power as costs come down and it can be demonstrated to be both a safe and viable option for primary power sources.

Ultimately, for fuel cell technology to become commercially practical, hydrogen must be transportable, easy to use and maintain and reasonably priced. Vertiv is actively working with various fuel cell manufacturers and suppliers to understand cost implications in an effort to reduce cost constraints in fuel cell technologies.

But despite the need for more investment and research the scene is undoubtedly set for fuel cells to help power long-forecast clean energy transition for the data centre industry. Indeed, it’s now crucial that a cleaner, viable, power source is found as data consumption grows at an increasing pace.

According to the International Energy Agency (IEA) data centres are responsible for around one per cent of the world’s total energy consumption - and this figure is set to grow even further in the months and years ahead.

This means that it is even more critical to fast-track the journey toward a more sustainable future, which can only be possible by developing innovative technologies such as fuel-cell solutions that show early promise to provide sustainable power for the digital world.