What is the next big thing in data centres? 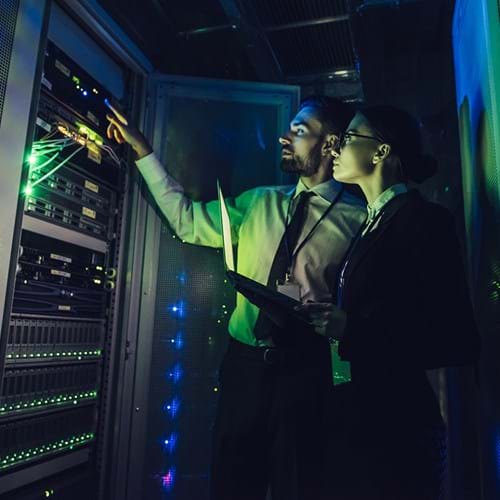 The regulations surrounding data centres are fast evolving. John Booth, Managing Director of Carbon3IT Ltd, and vice chair of the BCS Green IT SG, explores and explains what IT professionals need to know.

COVID-19 might have revealed to many why and how data centres are so important in all our working and home lives. But, it has taken another crisis - the recent war in Ukraine – and its associated hikes in energy prices to push IT’s power consumption firmly into hearts and minds.

Suddenly watts, kilowatt hours, terawatts are thought about and likely discussed around the boardroom where previously energy was just seen as a cost of doing business.

Beyond energy worries, the regulatory landscape in which data centres must operate is shifting and altering. It’s a topic we’ve covered regularly in ITNOW:

But these articles don’t cover everything. There have been some even more significant movements in 2022 and we’ll keep covering these in future issues. Here are some core pieces of legislation and important regulations we should all know about.

First up, the EU Taxonomy regulations. I was first alerted to this piece of legislation in early February 2022 by a client. Upon a further review, I realised that it was going to have a big impact on data centres, especially the financing, design, build and the operational aspect of all data centres in the EU and beyond.

The webpage EU taxonomy for sustainable activities provides everything you need to know.

This directive is in motion and a consultation period ended in early August 2022. At the time of writing, we were awaiting developments and further information. For data centres it probably means using the information from both the EU taxonomy regulations and the Energy Efficiency Directive.

This directive included a proposal for a mandatory data centre registry in each member state and the reporting of energy consumption data, the proportion derived from renewable energy, water usage and the amount of waste energy reuse. You can learn more about this directive in Cleaner Greener Data Centres (mentioned above).

Will they apply in the UK? That’s a good question. You’d think not, but I think that organisations that are pan European will report the data required and they are not going to change their methodology just for the UK.

Along with legislation and guidance, there’s also data which is worth knowing about and considering.

Climate Change Agreement for Data Centres data for the fourth period (Jan 2020 – Dec 2021) was published in May 22 and revealed that total emissions were 3,854,995.95 tCO2e or 11.62 TWh, this is considerably higher than expected and represents around 2% of the electricity generated in this period.

It should be noted that the CCA for data centres only applies to commercial data centres, that provide services to multiple customers and does not include enterprise data centres that are owned and operated by a single entity.

I had conducted some research on what is called distributed ICT back in 2017 following the CCA second period to see what the potential energy use was for the UK.

My figures, that were based on 33,000 businesses employing 50-249 employees and 7,000 businesses employing over 250 and resulted in a potential energy use of 41TWh, or 12% of the electricity generated in that period. This included the 2.579TWh from the CCA second period, but seeing as this may be incorrect and if we use my revised figures, this could mean that data centres/server rooms in the UK in 2021/22 could be using between 40-50TWh per year, the total energy generation last year was 310TWh (Source BEIS Energy Trends 31 March 2022) therefore the total amount of electricity consumed for ICT could be in the region of 12-16%.

This is a truly incredible number, and you would think that it was worthy of some detailed research by the government, but at present, as far as I can see, there is very little, save the government’s own greening ICT Strategy.

What could we do?

Using the old adage ‘you can’t manage what you can’t measure’, we need to get measuring. We have very good visibility of the commercial sector, the CCA for data centres provides excellent energy consumption/emissions data – but we really need to dig down and get actual data from the distributed ICT elements. The difficulty is, that it is literally 80,000 organisations, and IT can be complex.

We cannot use the SECR or ESOS legislation as this is more about energy use for the entire organisation rather than just the IT department. So, our options appear to be limited, but SECR/ESOS data collection could be expanded to include data centre and server room energy, but this would require sub-metering to be installed and this is disruptive.

Self measuring ICT energy could be flawed

The best way would be for organisations to measure their own ICT energy use. And we know that this is difficult, not least from a cultural perspective, normally organisational energy is paid for by the CFO as a cost of doing business, it is rare that individual departments are billed internally for their energy use... but perhaps we should start?

After we have accurate data, then we can start to implement ICT Energy efficiency measures.

Time to take action with green IT

It’s taken some time to get to this point, but its high-time organisations started to take green IT seriously and send some of their staff on training courses. I guarantee that it will yield significant benefits.

In summary, we are in a climate and energy emergency. Energy costs for business are tripling, your ICT could be using up to 40% of your total energy cost – it’s time to take action. 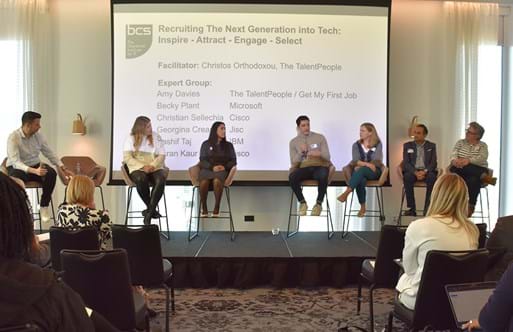