Join us for a talk on digital mapping.

In February 2016, using NASA open data, Ordnance Survey created a one-off paper and digital map of the Martian landscape. Mars Maps In ARThis map covers a 3672x2721km extent of the Mars surface and has been produced to a scale of 1 to 4 million.

At the OS technology labs, we then too this to another dimension by creating an Augmented Reality Experience of the Mars paper map.

Using height data captured by remote sensing from Mars surface, we created a 3-dimenional model and using Vuforia, the map turns into a 3 dimensional model with landers and area labels as soon as the smart phone app’s camera spots it in its view.

Please join us to hear more about our journey out of this world.

Layla Gordon is a Tech Labs Engineer from Ordnance Survey developing proof of concept applications in the domain of Ambient Intelligence and smart cities.

She has previously been in OS Mobile team creating the award winner OSLocate app and previous to that a research scientist in OS for over 10 years researching Saliency-based UAV navigation, Machine Vision in Change Intelligence, Automatic Sign Detection from road videos in Real-Time and a New Scientist article on first Augmented mapping app called MapSnapper back in 2004.

She loves space and has a special love of the Red Planet tying into her love of music especially of the late David Bowie.

This event is brought to you by: BCSWomen, BCS Hampshire branch, BCS Animation and Games Development specialist group, SIGN, and Southampton Solent University. 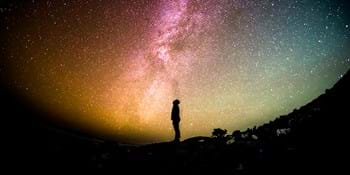